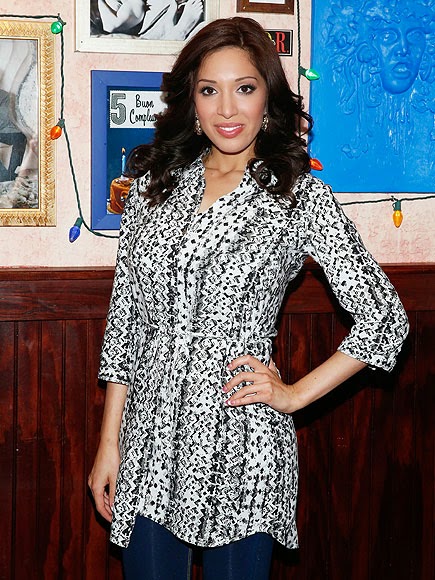 Since the father of Farrah Abraham's daughter died tragically in a car accident while the reality star was still pregnant with Sophia, now 6, Abraham has struggled to find love. But after four months with new boyfriend Simon Seran, she couldn't be any happier. "I found a pretty awesome person," Abraham tells. "He's definitely an entrepreneur, a business person and a Christian man and everything that I've ever wanted."

While the new pair is still dating long distance – she's based in Austin, while he lives in San Diego – the Teen Mom star has high hopes for a future with her new man."I'm really happy," she says. "He is so grown-up, and he doesn't question or act insecure about anything I do. Everything that I've gone through in the last couple of years he's really been okay with."

As for "everything [she's] been through", Abraham, 23, is likely referring to her work in two adult films, the exposure from which she has leveraged to develop a line of adult toys. Abraham also has other business ventures in the works, including real estate, wealth management and expanding a waxing salon franchise with a friend. Of this eclectic mix of occupations, she says, "I'm learning a lot and taking it all in." Personally, when it comes to the sometimes-strained relationship with her mother Debra, Farrah is committed to making a change. "We continue to work on counseling and bettering our communication with each other," she says. "The reason why I bring my mom into it is so that it will help Sophia's life in the future because things are generational, and I try to really break that cycle and make it better for Sophia in any way that I can." Teen Mom OG premieres Monday at 10 p.m. ET on MTV.