Jail saved Amber from the death 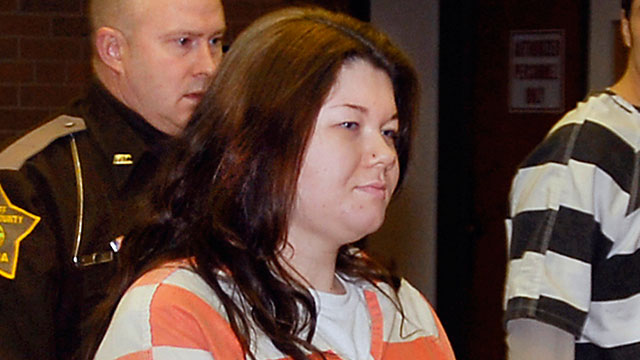 LOS ANGELES, March 22 (UPI) -- Reality television personality Amber Portwood says she opted to serve time in prison because she thought she would be dead if she went to rehab instead.
The Teen Mom OG star began her 17 months behind bars in 2012. She could have avoided the jail time for drug use and domestic violence charges if she went to rehab to treat her addictions.
"The only thing I could see happening to me if I [hadn't gone] to prison is I would have died. I would have overdosed. When you're an addict you know what your bottom is."


Portwood said she earned her high school-equivalency diploma while she was in prison and has been working hard to get her life back together, so she can be a good parent to her daughter Leah.
"The whole time I was in there I worked my ass off," she said. "There were hundreds of hours of drug addiction classes. I did extra classes, parenting and anger management and even started teaching. I put myself in there for a reason so I didn't want to make it a waste."

Maci and Ryan try to coordinate trick or treating with Bentley. Amber is excited about her new business venture, but is let down when Gary doesn’t let Leah stay with her on a school night. Watch Teen Mom OG A fresh start HERE
Read more