Original Girls do not want to see Farrah in show

'Teen Mom' casts says return of Farrah Abraham not good for 'moral compass' of the show.

This is words of Maci Bookout about Farrah's return:

"I don't hold a grudge against her, I'm not mad at her, I don't judge her— nothing like that, but there's also a fine line with what I find appropriate and I just don't think it's appropriate for my six-year-old son to be involved with some of the things that Farrah is involved with. So, you know, if we're watching one scene and he's in the front yard throwing baseball and then five seconds later they're at a strip club, to me, that's just not appropriate.  And you know, the shows going to air on Mondays and that's going to be happening and then he has to wake up and go to school the next day with six- and seven-year-olds in kindergarten that just watched all of that happen.''

"At first, for a little bit, we were kind of OK with it, until we really sat down about it and were like 'Um, we don't know how good this is for the moral compass of the show?' Like, we are trying to educate girls about good things, not so much the sex industry part." - Lowell told. 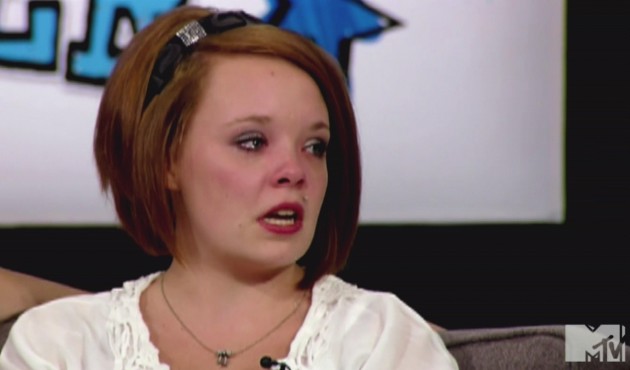 "It's just shocking sometimes, to me, when I knew Farrah...she would never do something like adult films, and when I found out she did, I was in prison," explained Portwood. "I can't really judge much on anything."

That is what OG think about Farrah's return. Soon we will be able to see their reaction in new series of Teen Mom OG show! Do not miss it!