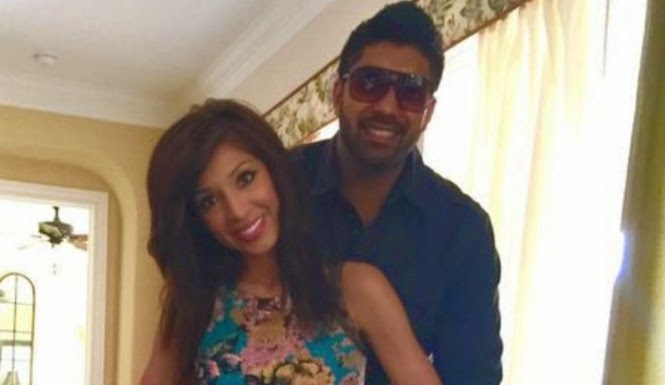 Simon Saran will be seen on the upcoming season of Teen Mom. According to a new interview, the new boyfriend of Farrah Abraham will appear alongside her on the MTV reality show, when it premieres later this month.  Abraham confirmed Simon Saran would appear on Teen Mom OG.

“[he] appears on Teen Mom OG because I’m open to showing as much as I possibly can. If there is any bickering it is just because we’re getting to know each other.”
Abraham began dating Simon Saran a few months ago, and in the months since they’ve met, he’s grown close to her entire family, including her daughter, Sophia. Most recently, Simon Saran was spotted at Sophia’s birthday party, where he posed for photos with Abraham and her mom and dad.
Although things between Abraham and Simon Saran appear to be going smoothly, the Teen Mom admits to being hesitant, when it comes to her love life.

“I’m so fragile. My past has been filled with so many bad guys that I’m always worried if a guy is going to be honest with me.”

Her film, on the other hand, isn’t something Simon Saran has ownership of.

“He does not have my — tape! He watches guy comedies.”

In addition to Abraham’s relationship with Simon Saran, fans will be seeing glimpses of her career in the adult world, including her feature presentation at a gentleman’s club.
As the Inquisitr previously reported, Abraham confirmed Simon Saran’s identity earlier this year. At the same time, she hinted that she may be headed for a Couples Therapy return.

Teen Mom 2 season 7 All about dads