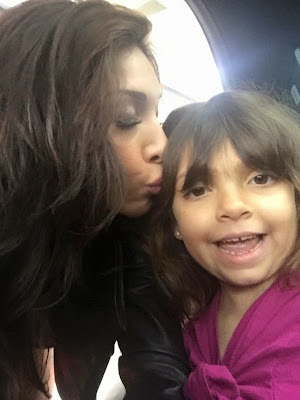 During the fifth episode of the season — the same episode MTV billed as “Farrah’s return” — the show saw a considerable jump in viewership, from 1.472 million viewers to 1.657.

Here is a graph that illustrates the “Farrah Effect.” On the left is the number of viewers (in millions) and along the bottom are the episodes. As mentioned above, Farrah returned in Episode 5: 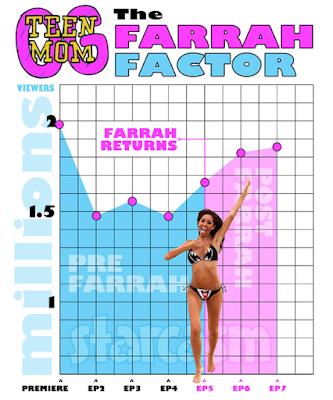 Farrah’s first  full episode the next week saw another sizable uptick as ratings rose to 1.822 million. This week’s episode would seem to indicate the ratings may have plateaued with a very similar, but still very strong, 1.855 million viewers tuning in.

Numbers do not lie!