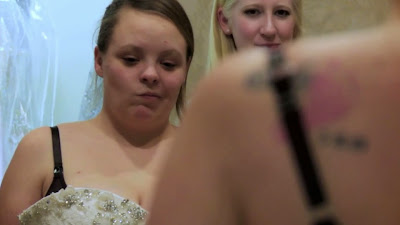 Catelynn lowell has a  battle with her body. She's lost 20 lbs in the two months since she gave birth to Nova, but wants to lose a total of 40 before her wedding with Tyler. When Catelynn goes to try on her wedding dress  Teen Mom OG's star finds out that she needs to get it made four sizes bigger in order to fit over her boobs and butt. Her bra size went from a 36C to a DDD, not bad, yea? Tyler offers his support and tells her that she should join a gym and start eating more healthy foods but Catelynn takes it the wrong way. 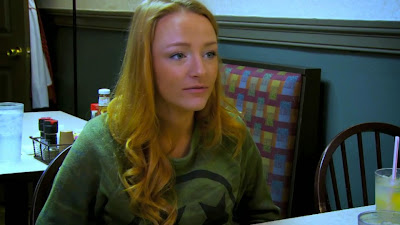 Maci Bookout  and Bentley's dad Ryan meet in person to discuss their car accidents and Benny's safety. Maci finds out that Ryan is an irresponsible driver and doesn't even make Bentley buckle up in a car seat!

"I don’t want Bentley around Ryan if noone else is around. I’m done dealing with him. I can’t fix him'' 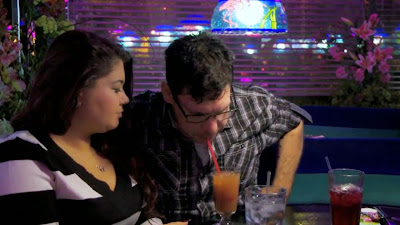 Amber  and Matt go to Las Vegas to celebrate her being off parole. After a dose of alcohol Matt yells at Amber for being "different" around the cameras, although she insists it's just her social anxiety.

"Are you sure?" Amber asks about their plans to get married. Matt replies, "That I want to marry you? A hundred percent." 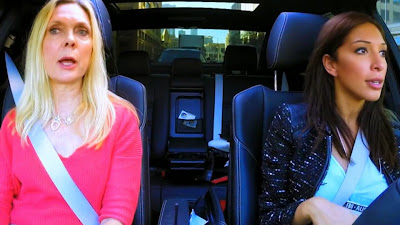 Farrah Abraham  learns this week that mixing family with business isn't a good idea. When Farrah's mom Debra wants to partner up on her new line of tomato sauce, Farrah has her doubts because of the complicated relationship the mother/daughter duo has. Besides, even though Debra is doing most of the work and has already hired a lawyer, Farrah thinks that Debra is just using her for her money.