Are you ready for Teen Mom OG new season? 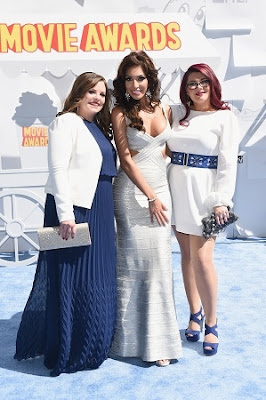 Great news! "Teen Mom OG" is returning for a 6th season. Catelynn Lowell, Maci Bookout, Farrah Abraham and Amber Portwood are already filming. The girls will be tackling a lot of life changes in the upcoming season.

Bookout, 23, recently gave birth to her daughter, Jayde, just this June. It is unknown whether she will allow her children to be filmed in season six.

There is sure to be more drama between Portwood and her ex and father to her child, Gary Shirley. Shirley recently welcomed a child with his girlfriend, Kristina Anderson.

Lowell and her long-time boyfriend, Tyler Baltierra, both 23, are also raising a new baby. The couple gave birth to their daughter, Novalee, during the filming of "Teen Mom OG" season five.

Abraham  is busy as usual. She recently made an appearance on E!'s "Botched," for a lip job gone wrong.

Are you  looking forward to seeing the girls in season six of "Teen Mom OG"?
(via designntrend)